Esther Brown’s family is falling apart around her. Widowed and re-married with two daughters, Esther is unable to control her eldest daughter Geneva’s wayward ways and sends her to live in Ivy Glen with her sister Prudence and her husband, Brock Langtry. Esther’s attempt to find salvation for her child sets in motion a series of dramatic events that tests the bonds of one family as they discover ‘Family Secrets.’
Based-in-fact, Candice Kohl’s novel is set in a 1920’s Chicago suburb and told from the perspectives of multiple family members. This dramatic tale has it all: passion, betrayal, deception, forgiveness and a glimpse into the unconditional ties that bind a family together. 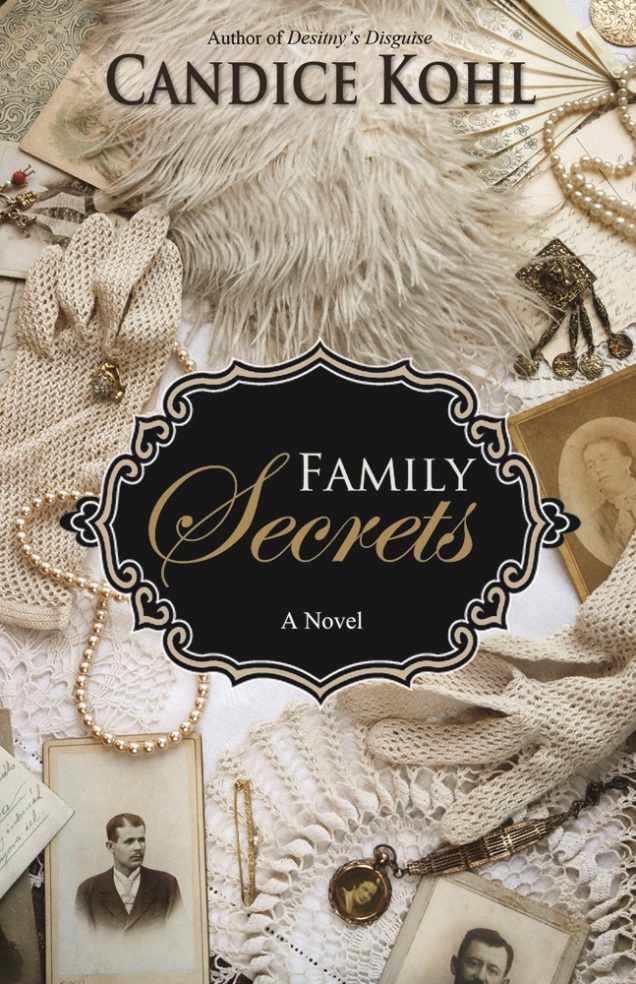 “Family Secrets is a very well written story, thoroughly describing the internal struggle of each character, how each wishes for their own desires, dreams and love . . . This story is one of manipulation, of family, of the ties that bind . . . Once picked up this book was near impossible to put away.  Each page left you craving for more.”

“It had its fair share of, ahem, romance, but it was so much more than that. The story is full of heartbreak and, as you may have guessed, family secrets . . . The storyline definitely kept my attention, I connected with the characters.”

Available as an eBook and in trade paperback from these retailers:
AMAZON, NOOK, KOBO, SONY, iTUNES, and ALL ROMANCE